My grandfather Eli Brown had a passionate dream about natural health, and in 1978 he bought the first TAU ​​natural food store on rue St-Denis. 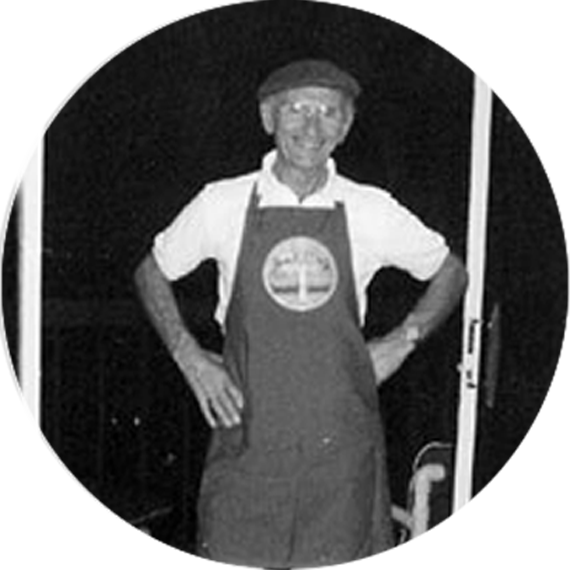 A self-made businessman and visionary, Eli knew what he wanted and it was nothing less than to offer Quebecers the largest, most complete and most beautiful health food stores. A few years after the purchase of the store, my father Gary joined the team to help him with his expansion plans.
Having greatly improved his health through a healthy and balanced diet, my grandfather was a very motivating example for us. At over 70 years of age, he was still running several kilometers a day.
His energy, passion and determination were truly infectious. Working with him and contributing to the company became our life's purpose as we grew.

Eli passed away in 1999, but his vision is as alive as ever. His influence lives on and drives us to fulfill the dream of an extraordinary man.

Now it is up to my brother Gideon and myself, along with a friend Andrew Facchino, to continue to maintain the quality standards that TAU is known for, to innovate by always seeking the best products on the market and offering the most comprehensive services.
We care about the future,
TAU is aware of the importance of leaving a healthy environment for future generations. "We did not inherit the land from our fathers. We are borrowing it from our children."»
Today, each child absorbs on average four times more carcinogens (pesticides, preservatives, etc.) than an adult. Today's choices will have a definite impact on their development and health tomorrow. TAU promotes organic farming to keep chemicals off our plates, and also to preserve drinking water sources, protect the health of farm workers and promote agricultural diversity.
37 years later, Eli's dream is a reality that we share with you. We wish you good health!
Robbie Brown
Vice-President 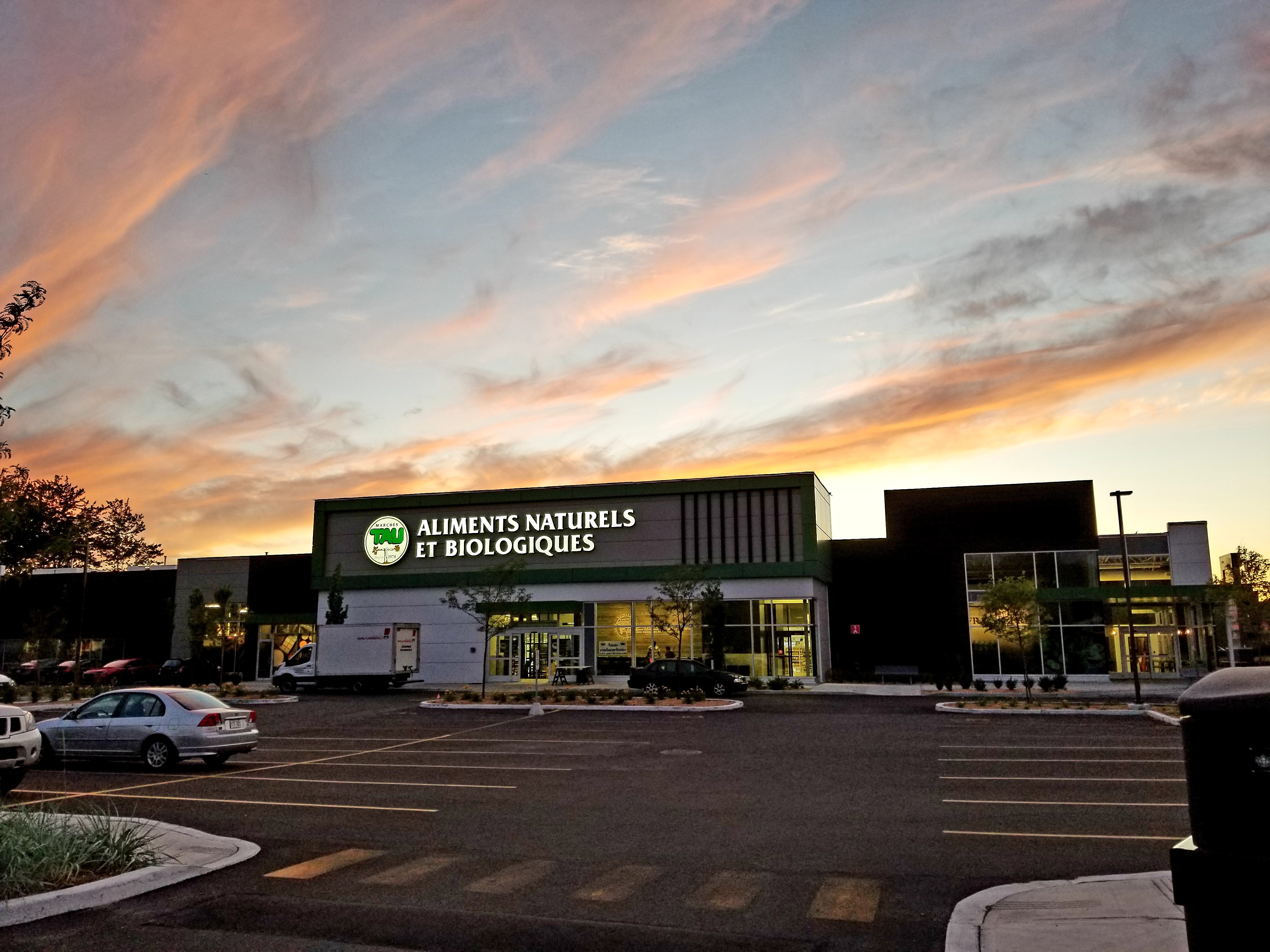 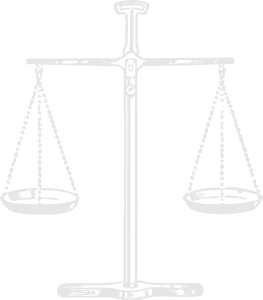 TAU wants to be a partner in your health journey. That's why our "6" supermarkets have made it their mission to offer you superior quality organic food, a wide variety of therapeutic and cosmetic products, as well as the personalized and professional services of competent naturopaths.
At TAU, it's all about balance. We understand that. Because we want to be a partner in your quest for health, we have made it our mission to offer you superior quality organic products. Whether it's for passion or for health reasons, TAU will accompany you in your approach and help you discover a variety of products and foods that are rich in nutrients, and will contribute to your well-being. In addition, at TAU, you can always take advantage of the sound advice of our naturopaths and natural health consultants. 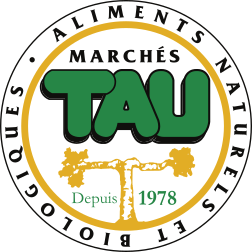 « TAU » has a connotation of life support. It is the letter "T" in Greek. In Greece, a wooden support in the shape of a "T" is used to support vines and help them grow. In the same sense, "TAU" is intended to be a guardian that offers its customers quality products to support their greater well-being. 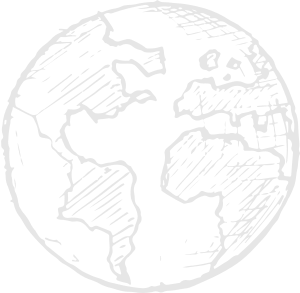 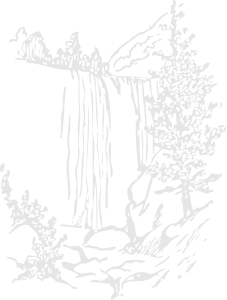 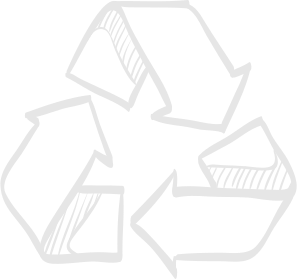 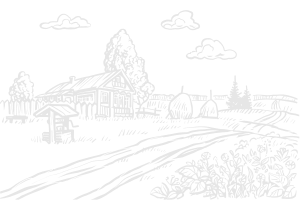 1. The importance of leaving a healthy environment for future generations.

"We did not inherit the land from our fathers. We are borrowing it from our children." Each child absorbs on average four times more carcinogens than an adult. Why? Because these products are present in the pesticides used in "industrial" agriculture. Your choices today will have an impact on their development and health for years to come.
2. The danger of soil erosion

Experts estimate that more than 3 billion tons of arable land are eroded in North America every year. All this is due to the "industrial" way of cultivation practiced without regard to the natural renewal of this cultivable land, which is seven times slower than its destruction.

The use of fertilizers only serves to stimulate rapid plant growth without allowing the soil to regenerate. The loss and contamination of cultivable soil is and will remain the worst crisis in the history of agriculture.
3. Protect our water sources

Water makes up two-thirds of our bodies and covers three-quarters of our planet. Despite its importance, government authorities turn a blind eye to its contamination by pesticides and other chemicals, many of which are known carcinogens. The quality of drinking water is questionable in a growing number of municipalities. Let's protect the quality of our drinking water.
4. Let's save energy

Since the beginning of the 20th century, agriculture has changed drastically. It has gone from the family management mode, which used the energy of men and animals, to the "industrial" management mode which uses petroleum-derived fuels.

It uses more than 12% (in the U.S.) of the petroleum fuel consumption of all industrial activity, making agriculture the largest consumer of petroleum products. Today, more energy is spent producing synthetic fertilizers than plowing, cultivating and harvesting crops.

In contrast, organic farming relies more on the care of farmers who use more natural techniques to produce their crops. Chemical fertilizers are replaced by organic means that do not poison the soil or the consumers.
5. Let's get chemicals off our plates

The intensive use of chemicals to improve agricultural production goes back many years. Unfortunately, research demonstrating their carcinogenic effects has only recently become known. Today, we know that over 60% of herbicides, 90% of fungicides and 30% of insecticides are carcinogenic.

In 1987, in the United States, the National Academy of Sciences published a document that predicted that one and a half million citizens would suffer from cancer caused by these products. The fact is that pesticides, which are poisons developed to kill living organisms on plants, can also be harmful to humans. In addition to cancer, pesticides can cause birth defects, nervous system disorders and genetic mutations.
6. Protecting the health of farm workers

Studies by the National Cancer Institute (U.S.) have shown beyond doubt that farm workers exposed to herbicides are six times more likely to develop cancer than workers not exposed to these toxic chemicals. In California, pesticide poisonings among farm workers have increased by 14% per year since 1973 and doubled between 1975 and 1985. In this U.S. state, agricultural workers are the most affected by industrial diseases of all sectors of economic activity.

The health of Third World farmers is also a concern, as they rarely have all the information they need to use pesticides wisely. Each year in North America, it is estimated that over one million people are poisoned by pesticides.
7. Let's promote agricultural diversity

Industrial farms that grow the same species year after year deplete the soil as it is constantly drained of the same minerals and other components. Although this approach tripled agricultural production between 1950 and 1970, soil poverty only leads to the increasing use of more and more powerful fertilizers.

Single crops are also more susceptible to disease and infestation: another disastrous reason to use even more pesticides. Despite an upward curve of use from 1 to 10 since 1947, pesticides have failed to combat insect pests. On the contrary, crop losses have doubled, due to the genetic resistance developed by the insects.
8. Let's encourage a realistic economy

Although organic food is reputed to be slightly more expensive than conventional food, it is important to remember that there are hidden costs associated with conventional agriculture: the costs of developing and producing a myriad of toxic products, government costs related to testing, verification and regulation, the costs of research into the safe use of pesticides, insecticides and other chemical fertilizers, and the costs of cleaning up the environment. It's a sobering thought. All of this money ends up being passed on to you in taxes (direct and indirect) or in higher prices for products developed by these same multinationals.
9. Let's help non-industrial farmers

Organic farming is practiced by a few large farms, but most organic production is done by family-style farms of less than 100 acres. In North America, between 1980 and 1990, more than 675,000 family farms went out of business because of conservative policies in the 1980s that favored only large industrial farms. According to a study by the United States Department of Agriculture, by the year 2000, and here we are, half of all agricultural production will come from just 1% of farms.

They will be robotized mega-farms operated by multinationals that will not skimp on chemical fertilizers... The survival of family farms depends on several factors and organic agriculture remains the most appropriate approach to meet the expectations of consumers who are aware of the values to be preserved for the future.
10. Enjoy the real taste of food!

More and more top chefs are using organic foods for their incomparable flavor. The recipe for their success? Plants grown in clean, healthy soil.

Sorry, MarchesTAU does not currently deliver to your area

We are working on it! Check back later to see if we’ve expanded to your area or allow us to inform you by submitting your email address below.